A guide to Quebec elections for people from elsewhere 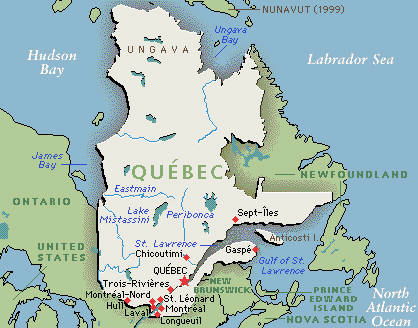 ***Note: I’m asking my Quebec friends to summarize their political views in the comments section, so others can get a sense. Check back later if you click on this before they’ve had a chance to post!***

Quebec is holding provincial elections next Tuesday, and politics here are quite interesting, so I thought I’d post a little summary for people who may not be from here. While the population here (~8 million) is smaller than that of my home state of Michigan (~10 million), there is a distinct sense of identity, and many people here consider Quebec to be essentially a separate country. In addition, Quebec is almost 1/4 of the Canadian population, so this feels more like a national than a provincial election. Combined with the unique local dynamics, politics are much more interesting here than they ever were in Michigan.

The primary interesting factor here is that, while people in most places fall along a left-right political spectrum, people here also fall along a sovereignist-federalist political spectrum. (Sovereignists think Quebec should be (or is) an independent country, federalists view it as part of Canada.) This complicates things enormously because, instead of two parties to represent the poles, there should be four. But a four-party system is unstable in most forms of democracy, so things get complicated…

END_OF_DOCUMENT_TOKEN_TO_BE_REPLACED

What Todd Akin gets right about rape and evolution

OK, I’m about to piss a lot of people off. Here goes…

US Senate candidate Todd Akin said, “It seems to me, from what I understand from doctors, [pregnancy from rape is] really rare. If it’s a legitimate rape, the female body has ways to try to shut that whole thing down.”

Hear me out. I’m not saying no one gets pregnant from rape. I’m not saying we can distinguish between “legitimate” and “illegitimate” rape legally or morally. But I do think that women’s own perceptions of rape can be more or less severe, and that there are biological mechanisms to reduce the probability of pregnancy following a rape.

I do not know if other potential mechanisms for avoiding pregnancy from rape have been discovered, but I would bet they exist. It’s not hard to imagine that acute psychological trauma could release hormones that would reduce the probability of implantation, for example. Natural selection should fairly strongly favor avoidance of pregnancy via rape – the psychological trauma caused by rape is itself presumably the result of strong evolutionary pressure on women to make them avoid rape as much as possible.

And if psychological trauma does reduce the chances of pregnancy (I’m not saying it does, I’m saying it might), it is likely that the degree of trauma affects the probability of getting pregnant: more trauma, less probability of getting pregnant. So then we have the question: is all rape equally traumatic? I have no idea. I’m not a woman and I can’t say. But my guess (please, women, correct me if I’m wrong) is that it would be possible to imagine various rape scenarios, some more traumatic and some less. I’m not saying the different scenarios are morally different or legally different; I’m saying that the woman would perceive them as more or less traumatic. Todd Akin was 100% wrong to try to distinguish legitimate and illegitimate rape, but many commentators may have also been wrong to assert that, biologically speaking, all rape (or all insemination) is equivalent.

So let’s criticize Tood Akin for the many things he is guilty of, not for being wrong about biology when the biology is not necessarily well-known, and when his statement contains at least a grain of truth. And let’s take pleasure in the fact that even this religious nutcase has inadvertently invoked evolution in his understanding of rape! 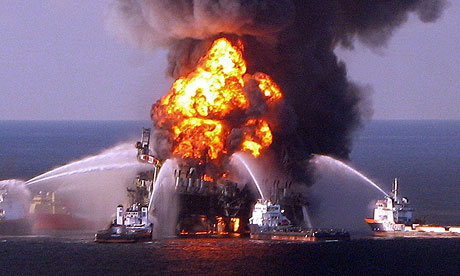 I just posted on how we can use mandatory insurance on public works projects to guarantee the quality of the work. I’d like to briefly expand this idea to all major projects that have the potential to cause a large amount of public harm: oil platforms or tankers (think of the BP Deepwater Horizon disaster), oil pipelines (think of the Enbridge spill in Michigan or the planned TransCanada and Enbridge pipelines from Alberta), nuclear power plants (think of Fukushima), and probably a host of others I haven’t considered yet.

The basic idea is to only grant permits for construction and operation when the operating company has purchased insurance from a stable, major, independent firm. In the event of a disaster, the insurance company would be forced to pay out damages for all costs relating to the disaster, with a relatively low threshold of proof. These damages would include contributions to government coffers for hard-to-quantify but nonetheless real harm, such as destruction of coral reefs, indirect economic effects, and so forth.

END_OF_DOCUMENT_TOKEN_TO_BE_REPLACED 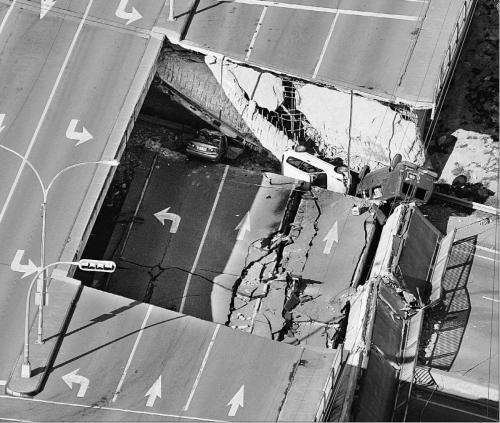 Currently Quebec is home to some of the worst roads in North America. They are bumpy, full of potholes, poorly maintained, and dangerous. The photo above is from the 2006 collapse of the Concorde overpass. In Montreal, many overpasses have wire mesh on their undersides to prevent chunks of concrete from falling on cars passing below. Just over the border in Ontario or Vermont, things are great.

The reasons for the shoddy roads seem to be threefold (based on my reading of the newspapers and conversations with people here). First, harsh winters and freeze-thaw cycles wreak havoc on the roads. While undoubtedly true, this doesn’t explain why things are better in Vermont and Ontario. Second, there is massive corruption in the construction industry, with mafia involvement, backroom deals, corrupt politicans, and so forth. This results in bad bidding practices on contracts and shoddy work to facilitate more future contracts. I don’t know how the level of corruption compares to other countries, but it is widely perceived as a major problem and there is specific evidence in a number of cases. Third, the construction unions are particularly strong, driving up the price of labor, going on strike when anything threatens the status quo, and allowing incompetent employees to retain their jobs. This is perceived as driving up the cost and down the quality of the work.

END_OF_DOCUMENT_TOKEN_TO_BE_REPLACED

Is it your fault you’re not president? Individuals vs. populations, conservatives vs. liberals, and how we define equality of opportunity 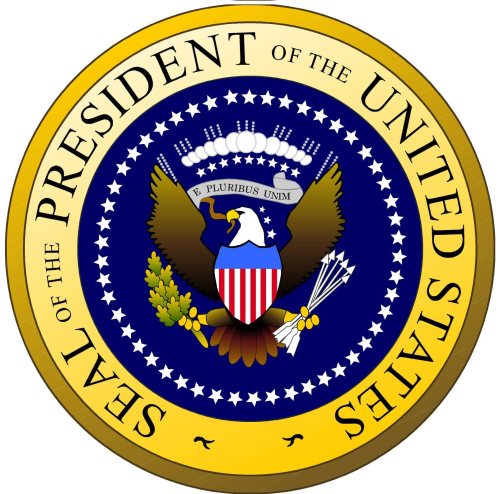 These philosophical differences are clearest with a concrete example of the job that is sometimes perceived (rightly or wrongly) to be the pinnacle of individual success, president of the US. In US history, many presidents have risen from modest backgrounds, including Abraham Lincoln and Bill Clinton. This clearly demonstrates the conservative truth: in a free society (whatever that may mean precisely) competent individuals can become anything they want, and it is therefore fair to put responsibility for success or failure on individuals, regardless of their class or background. But it also demonstrates the liberal truth. There are a disproportionate number of presidents who have come from privileged backgrounds: Jefferson, FDR, Kennedy, and the Bushes, for example. So the probability (but not the possibility) of becoming president does depend on your class background. Furthermore, not everyone can be president. If we are defining success (rather extremely) as becoming president, we can’t very well hold everyone at fault for not becoming president if there are only a few people who can become president.

END_OF_DOCUMENT_TOKEN_TO_BE_REPLACED

Universal health care is good for the rich 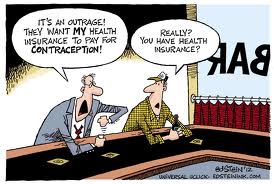 As I mentioned in my last post, I’ve been reading T. R. Reid’s book The Healing of America, a look at different health care systems across the world and what the US can learn from them. The basic point of the book is that in every other industrialized country, there is some form of universal health care, which always results in much less total spending on health care and substantially better health outcomes.

Towards the end, Reid compares two hypothetical American women, rich and lower middle class, who are diagnosed with ovarian cancer. He suggests that the US system works fine for the rich woman, who gets diagnosed early, gets surgery costing $55,000, and lives another 40 years, whereas the working-class woman has no insurance, gets diagnosed too late, and dies because she can’t get surgery.

The basic point of his argument, one made often, is that the US system is really bad for the poor and uninsured. This is undoubtedly true. But there’s another argument we should be making, and are not: the US system is also worse than the alternatives for people who are rich or have good health insurance – for just about everyone, in other words.

END_OF_DOCUMENT_TOKEN_TO_BE_REPLACED

Salaries for doctors and teachers: should we pay more to get better health care and education? 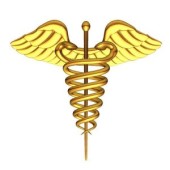 Mindful Stew recently had a nice post suggesting that we should pay teachers more – much more, perhaps as much as $100,000 per year. The basic premise is that we lose a lot of talented teachers because we don’t pay them enough and they go into other, more lucrative professions. Perhaps paying teachers more would thus be a good long-term investment in education.

At the same time, I’ve been reading T.R. Reid’s The Healing of America, a book comparing the US medical system to others from around the world. The unsurprising but crystal-clear conclusion is that Americans pay a lot for very bad medical care. And a lot of this a lot is for doctors’ salaries. In many countries with much better medical systems (France or Japan for example) doctors make half or one third of what doctors in the US make, and yet they still attract good doctors.

END_OF_DOCUMENT_TOKEN_TO_BE_REPLACED

Update: The meaning of freedom in different cultures

In a recent post, I mentioned that the concept of freedom, so dear to Americans, is a cultural concept based on an English word and would be unlikely to mean the same thing to Iraqis. I stand by this, and think that even the best translations will not capture what this word means to Americans. I suspect even the Brits, Canadians, and Australians would have a somewhat different interpretation. One of my favorite New York Times columnists, Roger Cohen, has a piece out today discussing how the French concept of freedom is different from the American one. And the thoughtful blog 人生 حرية andthepursuit uses the Arabic word for freedom in its multilingual version of Life, Liberty, and the Pursuit…

An interesting confluence of thoughts on the idea of freedom across cultures, worth checking out.

Who’s to blame for pedophilia? Individuals, populations, probability, and responsibility 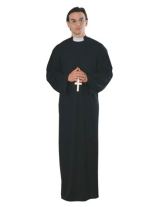 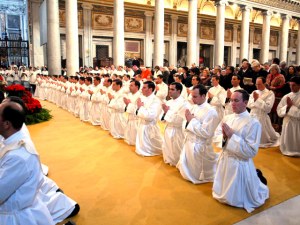 A Catholic church official, Monsignor Lynn of Philadelphia, recently received a sentence of 3-6 years for covering up child sexual abuse. This is particularly significant because Monsignor Lynn was not accused of sexual abuse himself, just of covering it up. Pedophilia scandals in the Catholic church have gotten a lot of attention in recent years, and most of the blame has gone to individual priests and members of the hierarchy who covered for them. However, I think even blaming those who cover up the scandals is not enough. I think we should blame church officials who have created a system in which such scandals are inevitable.

Many of us are used to a values system in which individuals are responsible for their actions. And certainly they must be. But a basic understanding of statistics and probability suggests that responsibility can also rest higher up, with those who create foreseeable patterns of individual action. Such a perspective is not typical, but it would help solve many large issues. And it is perfectly illustrated by the pedophilia scandals in the Catholic church. END_OF_DOCUMENT_TOKEN_TO_BE_REPLACED